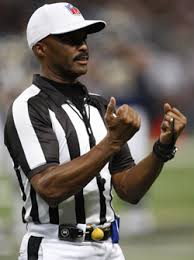 Former NFL referee asked not be assigned to officiate Washington games in 2006.

There are smart people whom I respect who see nothing wrong with the Washington Redskins using what amounts to a racial epithet as their nickname.

Some NFL teams have chosen animals like Bears, Lions, Rams, Seahawks, and Falcons to represent their franchises, while others honored hard-working blue collar workers like Packers and Steelers with their names.  Washington inexplicably chose what is viewed by Native Americans as the equivalent to the n-word for African Americans.

Presented with pleas from many Native American groups, Washington owner Dan Snyder has been intractable in keeping the Redskins name as though it is his birthright to offend because that’s the way it has always been.

Many agree, including some Native American groups who use the name themselves for their high school teams.  Self-entertaining former NFL coach Mike Ditka joined that chorus recently in such a strange and clumsy way that his comments have galvanized opposition to his position.

Former NFL referee Mike Carey answered questions for the first time about the Redskins name in yesterday’s Washington Post column by Mike Wise, and his presentation was quite a bit different than Ditka’s.

As you evaluate your perspective on the debate over the use of Redskins in the media and by the Washington NFL team, read the collections of quotes below by both Ditka and Carey, and instead of deciding which you might agree more with, evaluate them as though they were said by your son or daughter, or your mother or father.

Which set of quotes would you be more proud to have represent your child or parent?

Mike Carey – the official who quietly refused to referee Washington games since 2006:

Where you stand is one thing, but what will you teach your children or learn from your parents, and which side of this debate would you like them on?

6 thoughts on “Washington Redskins debate – Mike Carey vs. Mike Ditka, which would you rather your son emulate?”