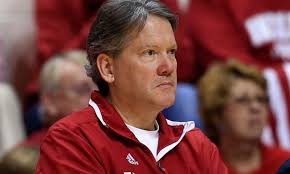 Fred Glass is going to evaluate and act – as good leaders should. Demanding immediate satisfaction for mediocrity is just silly.

There is a sect of people who simply don’t like Tom Crean, and others who don’t care much for Kevin Wilson.  Or, they are big fans of the rule that consequences should follow mediocre results.

People want a level of scorched earth comeuppance for the leaders of Indiana’s two marquee programs that I can simply not abide, and so I am being hammered on social media and in comments to earlier posts on this website.

I have been called a “Tom Crean apologist” so many times, I have stopped being baffled by it.  Talk to people at Indiana about whether they think I’m a staunch Crean advocate.  They might laugh.  They might curse.  I’m not sure.

But because I’m not willing to say that Crean needs to be taken into the sub-basement of Assembly Hall and waterboarded, somehow I’m soft.  Because I want to allow this season to play out in its entirety before casting judgment on who the leader of what once was one of the most respected basketball programs in America, I’m not capable of letting go of Crean’s out-turned pocket.

Here are a series of facts often ignored by those who want Crean to be replaced immediately by Brad Stevens, Archie Miller, Shaka Smart, or the unearthed remains of Clair Bee or Henry Iba:

Call for Crean to be canned for the arrests, positive drug tests, and injury to Devin Davis if you like, but declaring this season lost basically before it starts is rash and premature.

Even if you dislike Crean or find him odd, give this group of kids the latitude to sink or swim before declaring them incapable of making it to shore – or condemning Crean’s leadership as ineffective.

As for Wilson, Indiana has sucked at football since time began – minus a magically successful run in the late 1980s and early 1990s.  Rebuilding a program from nothing at a place without a single positive brand identification is not an easy gig.  Was Wilson the best candidate to be a head football coach in the Big Ten when Glass hired him?  Of course not, but who in his right mind would take that job?  Let’s count the jobs the previous seven Indiana head coaches got after spending more than one year at IU.

Indiana is not a launching pad for great coaching careers.  Wilson isn’t an idiot, and knew what he was getting into, and Glass isn’t an idiot either, and knew in what pond he might be able to catch a fish.

Wilson is a much better coach and leader than he was when he arrived in Bloomington, and blowing him out right now would serve no purpose than to restart the clock on success.  Maybe Wilson never gets over the hump, but you can be damn sure that no one who is or will ever be considered a great head coach is going to come to Bloomington to replace him.

I like Wilson as a coach, and believe he is going to succeed eventually.

Indiana’s mediocre (I’m being kind) heritage in football and recent undistinguished off-court behavior and on-court play are tough to stomach for anyone associated with Indiana University, but being circumspect and reasonable, if not patient, shouldn’t be too tough to muster for a fanbase that has waited this long.