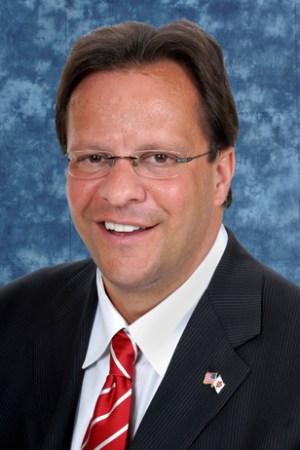 There are Indiana fans who would like to see Tom Crean replaced, but that doesn’t mean that he is utterly loathed.

In a list predicting who the top 20 coaches in college basketball will be in 2025, Bleacher Report’s Kerry Miller mischaracterized the feelings of Indiana Basketball fans toward Tom Crean.

Crean didn’t make the list (he was honorable mention) which did include Purdue’s Matt Painter at #13, but somehow omitted Notre Dame’s Mike Brey.  Brey’s omission reduces any respect that might be conferred upon this silly list, but that is a post for another day.

I’m sure the list is getting massive clicks, and that’s what Bleacher Report is all about, but the sentence explaining Crean not being included mischaracterizes the feelings of Hoosiers toward its coach, “Tom Crean meets the criteria to be included, but the complete and utter loathing from much of the Hoosiers fanbase makes it hard to imagine he’ll still be there in 10 years.”

I have never heard any Indiana describe his or her feelings toward Crean as hatred or loathing.  There are plenty who would like to see Crean replaced, but I’ve never heard one express personal loathing or acrimony toward Crean.

By all accounts, including my own, Crean is a good guy who earnestly tries to lead Indiana as best he can.  He is a tireless worker who makes every effort to earn the respect and love of fans.  Most respect him.  Few love him.

But that doesn’t mean he’s loathed.

Loathing is personal.  The distaste for Crean, among those who feel it, is not personal.  It’s connected to the lofty standards applied to program by those who remember a time when championship banners were hung by teams filled with players from Indiana, Ohio, and Illinois.  Names of the players weren’t on police blotters, but that was more about the Bloomington Police choosing to handle misbehavior of the books during a simpler time.  Again, perhaps the subject of a post for another day.

Make no mistake, there is a significant portion of the Hoosiers fanbase that looks forward to a change in the leadership of their favorite basketball program, but the reasons are not personal.  It’s about basketball acumen, recruiting strategy, and the sense that Crean doesn’t fit the mold of the Indiana coach as established by Bob Knight for 29 seasons.

Few want a churlish boor again as the Indiana coach, but many want a coach who knows the game as Knight did, can teach it in the way Knight did, and do it with Indiana-type players who understand the game at a high level.  That’s an extreme standard that few can meet, but one thing many Indiana fans are sure of is that Crean falls short.

There is no shame in that.  Even for those Indiana fans who pine for Brad Stevens as the leader of the program, there is an understanding that Crean would be an outstanding coach for the vast majority of Division One programs.

Indiana fans’ expectations may be impossible to meet, but that failure does not deserve “loathing”, and Indiana fans understand that even if Bleacher Report’s Kerry Miller does not.

Just like Michael Corrleone told Sonny in The Godfather, “It’s not personal.”