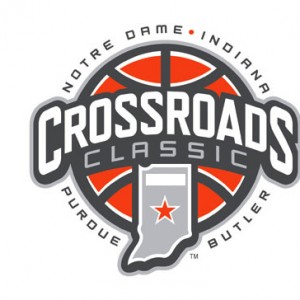 Whatever their rankings, I can’t wait to watch the Crossroads Classic at Bankers Life Fieldhouse on December 19th.

It’s the silly season for sports content providers, but that’s no excuse for ESPN being so wrong in assessing the quality of Indiana college basketball teams.

With only one major sports league playing meaningful games until after Labor Day and college/high school football being a couple of weeks away from their openers, writers are left with human interest and lists/rankings to drive page views.

ESPN jumped into college basketball rankings three months prior to the season opener yesterday, and made a huge mistake.  Purdue is nowhere among the top 25 teams, while Indiana was #14, Notre Dame #16, and Butler #23.

Indiana returns a bunch of guys who showed an ability to fill the bucket on one end and allow teams to fill it on the other.  Those who either transferred or were ejected from the program were more problematic than productive, so it stands to reason their replacements – freshmen Thomas Bryant, O.G. Anunoby, and Juwan Morgan, and senior eligible transfer Max Bielfeldt – will represent an upgrade.

The big question for Indiana is how quickly Bryant can become a defensive force under the basket, and whether the guards can develop a greater sense of defensive recognition at a level to help the defense improve to mediocrity.  If those two things happen, Indiana has a chance to crack the .500 mark for the first time since Cody Zeller, Victor Oladipo, and Jordan Hulls wore candy stripes.

Indiana is seriously overrated by ESPN – and it’s not the first time.  Projecting a level of defense that will bring wins in bunches to Bloomington is impossible in August.  We need to see it before we believe it after the past two seasons (16-22 in the Big Ten) with mostly the same roster.

The preseason schedule will provide an unusual test for Indiana after years of a parade of tomato cans into Assembly Hall.  Duke, Creighton, perhaps Vanderbilt, perhaps Kansas, and Notre Dame will give Tom Crean and fans a great look at where the Hoosiers are prior to the Big Ten season.

Purdue is overlooked by ESPN despite having most of the boxes for excellence checked.  Matt Painter has bigs in AJ Hammons and Isaac Haas, defensive intensity, and the experience of coming together as a team to resurrect a sense of pride in Boilermaker basketball.

Add to the returnees a freshman class with a great shooter in Ryan Cline, a great competitor in Grant Weatherford, and the first McDonald’s All American in a long, long time in Caleb Swanigan, and Matt Painter has reason to be as excited about the prospects for a Big Ten crown since Robbie Hummel first tore his ACL.

If Johnny Hill, the senior-eligible transfer who will be a purer point guard than Jon Octeus, can contribute at the same level Octeus did in 2014-2015, the Boilermakers could be special.

There are not 25 teams in college basketball than Purdue.  I don’t think there are ten teams better than Purdue.

Butler is ranked just about where you might guess.  Losing Alex Barlow and Kameron Woods will hurt, but returning Kellen Dunham, Roosevelt Jones, and Andrew Chrabasz while welcoming transfers Tyler Lewis and Jordan Gathers should put the Bulldogs somewhere in the first division of the Big East, and maybe better than that.

Chris Holtmann’s team might be a little better than ESPN predicts if Tyler Wideman and Kelan Martin continue to develop.

Notre Dame is likely to regress a bit, but not too much.  Jerian Grant and Pat Connaughton are gone, and were certainly key components in the best team Mike Brey has plated for fans in his 15 seasons in South Bend.  Zach Auguste, Steve Vasturia, and Demetrius Jackson are key returnees.  The Irish will find their way.

Grant and Connaughton will be tough to replace in production, experience, and leadership, while the ACC looks stout.  A return to the NCAA Tournament would be a solid result for the Irish.

Rankings and lists can be fun, but a glaring error like the omission of Purdue among college hoops top 25 teams reduces their value.

Whether ESPN is right or wrong, the Crossroads Classic that will be played December 19th in Indianapolis at Bankers Life Fieldhouse among these four teams will be the most anticipated in the history of the event.