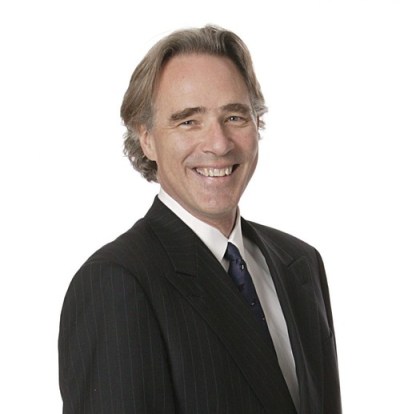 Steve Patterson graduated from Texas, was hired as AD at Texas, and now has been fired by Texas – because he is not bigger than Texas.

The athletic department at the University of Texas is the closest thing to a business in college athletics, but it isn’t a business, so Steve Patterson was fired as athletic director yesterday.

[Well, his resignation was negotiated, but if the choice was his, Patterson would still be the AD.]

It happened for several reasons – he ran the department as a business, but as a wing of the publicly funded University, it is decidedly not a business.  There are a lot of people at Texas who believe they have a voice in how Patterson’s department within that public university should be run.

Administrators, boosters, alums, students, trustees, politicians, and others like to believe their two cents means something in Austin, but Patterson was strident in his desire to get done what he believed to be the right thing.  That led to changes – lots of changes – and with each change, equity was spent.

Patterson was hired just 22 months ago, so his pile of chips had not grown to the high enough to cover bold moves.

Those moves included a change at the top of the Longhorns two high profile programs.  Mack Brown was replaced by Charlie Strong following the 2013 football season after 16 season in Austin, and just over a year later 17-year vet Rick Barnes was replaced by Shaka Smart as basketball coach.

Neither Brown nor Barnes had completely failed in their positions, but fans were antsy for elite level results.  During Brown’s final four season at Texas, his teams were 30-21 with two Alamo Bowl trips and one to the Holiday Bowl.  That doesn’t float at Texas no matter how successful you were prior to that – especially when player behavior became a distraction.  Under Barnes, the Longhorns had qualified for the NCAA Tournament every season but one, but had not made it to a Sweet Sixteen since 2008 and had averaged under 10 wins a season in the Big 12 during that same period.

Strong earned the chance to rebuild the Longhorns by turning Louisville into a big winner after struggling a bit during his first two seasons.  The Cardinals finished 7-6 during Strong’s first two seasons before finishing 23-3 in his last two.  Smart is the hottest college coach in America after turning Virginia Commonwealth into a mid-major sensation.

Too much too soon.  Regardless of the comparative mediocrity into which both programs had lapsed, Brown and Barnes had friends in Austin – a lot of friends.  Both being fired so quickly into an AD’s tenure was going to cause strife among those who write checks to the university.  “Hey, what the hell is this Patterson guy doing? Barnesy wrote my kid a note when he was mauled by that labradoodle!” “Man, I hate Patterson! Coach Mack gave my Mom a game ball when she broke her hip celebrating the Horns beating Nebraska 28-25 on Halloween weekend in 2007!”  Coaches make friends, and the longer they are around, the more friends they make.

Making changes, even when warranted, shakes up the community.  if the AD hasn’t had a chance yet to plant roots, those changes can come with a cost.

At Indiana, Fred Glass has been the athletic director for nearly seven years.  He has made one significant change in that period – replacing Bill Lynch with Kevin Wilson as football coach.  Basketball coach Tom Crean was hired six months prior to Glass becoming AD.

Both the football and basketball programs appear to be entering a year when tough decisions might have to be made.  The football team has made progress under Wilson, but that progress has yet to result in a record sufficient to warrant a bowl invite, and Hoosier basketball fans have endured two years of mediocrity following successive seasons that ended after Sweet Sixteen games in the NCAA Tourney.

Combine the lackluster on-field and on-court results with a recent spate of behavioral transgressions, and alums, boosters, and trustees are getting anxious about the direction of the department.

If Patterson could not survive at Texas after making changes in football and men’s basketball within a 15 month period, can Glass survive making similar calls on both Wilson and Crean should both programs falter again in 2015-2016?

Texas prints money with the Longhorn Network, so continuing to pay Brown as a very expensive special assistant and Barnes’ buyout of $1.75 million was not difficult.  Paying the $1 million to bounce Wilson would not hurt too much, but stroking the $7.5 million check that would be needed to part ways with Crean prior to July 1, 2016, when the buyout drops to $4 million would put Glass at risk because while he didn’t hire Crean, he was the AD when the extension that includes that massive buyout was negotiated.

If Glass has to fire both Wilson and Crean during the next year, unless both programs make significant positive steps shortly thereafter, he will likely be next.

The status quo is likely Glass’s best tack to long term employment in what he says he would like to be his last job.  If football goes bowling, Crean could be in trouble with another run of the mill season, but if Wilson authors another clunker, Crean is likely safe through at least the 2016-2017 season, regardless of basketball’s success – or lack thereof.

So it goes in the strange world of big time college athletics.  Doing the right thing isn’t always the smart play, as Patterson learned yesterday.

And Glass is a smart guy.

7 thoughts on “Indiana Athletics – Steve Patterson out as AD at Texas; what it means for IU and Fred Glass”