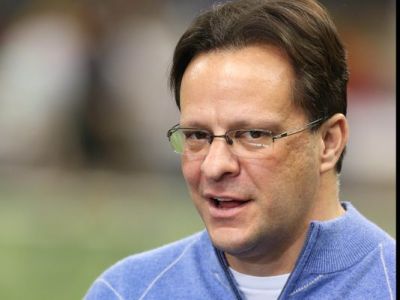 Today’s game against Morehead State will provide Tom Crean an opportunity to turn this wobbly 5-3 season around.

Morehead State is the kind of underfunded program that big schools love to schedule as a patsy to happily show up, accept their appearance fee, and move on to conference play to try to earn a #15 or #16 seed in March Madness.

Unfortunately for some of their opponents, Morehead State coach Sean Woods wasn’t paying attention when told it’s job is to lose.  His Eagles didn’t show up Wednesday night to take its beating at Saint Louis – they won by 15, outrebounding the Billikens on the offensive glass 10-2.   And they posted wins at home against Conference USA members Southern Miss and Marshall.  Granted, those aren’t Duke, Kentucky, or even a lesser member of a Power Five conference, but they show a team not intimidated by buildings or the height and recruiting pedigree of opponents.

The Eagles will likely go down fighting at Indiana today to three McDonald’s All-Americans and $3-million coach in a basketball mecca the likes of which Morehead State rarely sees unless watching the Hoosiers on ESPN.

But there are reasons the Hoosiers need to take Morehead State seriously.

Indiana needs to show immediate improvement on the defensive end after appearing baffled in Durham.  There were several possessions (maybe more) where the Hoosiers were in two different defenses simultaneously.

Just so you you I’m not the only guy carping about the Hoosiers’ confusion, Luke Winn of Sports Illustrated summed up IU’s defense against Duke like this, “There were at least three possessions in which two Indiana defenders were playing man, and the other three were playing zone, or vice versa. There were multiple instances where the 2-3 zone seemed to be structured to give up a wide-open three at the top of the key. There were many instances where sophomore guard James Blackmon Jr. looked lost. I invite you to play, pause and rewind this film edit, and try to make sense of it.”

Those of us who have watched and re-watched the Hoosiers for the past two seasons saw this pitiful defensive performance that confounded Winn as par for the course – just another game with bewildered defenders incapable or unaware of how to stay between their men and the basket.

The problems seem to be caused by hyper-complicated defensive schemes concocted by Crean to either test his players (a test they are failing) or show those inside basketball how smart he is.

Keeping it simple against Morehead State would be a step in the right direction to turn around a season that appears to be a loss against the Eagles from spinning wildly out of control.

Indiana will likely win today because the talent gap is close to insurmountable, and there is a chance that the three early losses for Indiana has brought them to a level of humility where a ‘keep it simple, stupid’ mantra may be embraced.