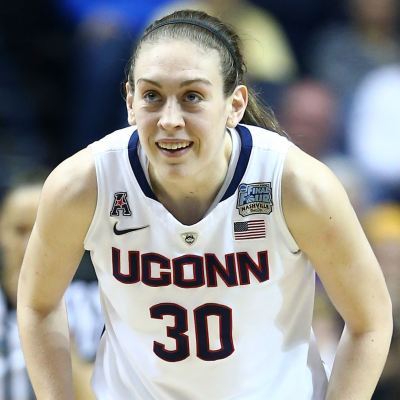 Breanna Stewart had a lot of reasons to smile last night.

Dominance is tough to achieve.  It requires discipline and leadership toward goals that are tied to process rather than result.

Geno Auriemma is the coach of this collection of great basketball players, including the peerless Breanna Stewart, who has led the Huskies to each of the four titles, earning most outstanding player award in all of those tournaments.

Success is is not easy the first time, and much more difficult the second.  To live the dream of unquestioned superiority night after night through relentless competitive drive is almost inconceivable in this era of parity.

The Boston Globe’s Dan Shaughnessy claimed in a March 28th column that UConn is bad for women’s basketball because all drama is sucked from each contest by their talent and unconquerable will to win.

Drama doesn’t always rely upon a closely contested result.  It can also exist in a second-by-second pursuit of perfection.  That’s what makes watching UConn fascinating, and why fans will remember this team for decades.

Here are 10 reasons why UConn’s greatness matters – or should matter – to us:

10 – It’s unprecedented.  No one in women’s basketball has ever done what UConn has.  Whatever your ambivalence about women’s hoops, whenever people do something never done before, it should be of keen interest.  I’ve never understood the reluctance to embrace women’s sports.  Give me a scoreboard, competitors, and a basketball, and I’m in.  Add the potential of a singular accomplishment, and not watching is not an option.

9 – A generation of girls have something new to go after.  No person has ever won four titles in four years while being named the tournament’s most outstanding player four times.  Sure, Breanna Stewart is a great basketball player, but that greatness didn’t come from strict physical dominance.  Stewart’s excellence was earned through the work done while alone in a gym.  Everyone can do that.

8 – Excellence demands that competitors double down.  UConn has set the bar, and now it’s up to other programs to match it.  Nothing keeps PGA golfers on the driving range a little longer better than chasing a great player.  The Huskies will likely come back to the pack after the graduation of Stewart and Company, but Auriemma won seven titles before this incredible group came together to win four straight.  Someone will answer the challenge by worker harder and smarter.

7 – The fun of basketball isn’t winning – it’s the pursuit of the groove.  Basketball is a relentless and fluid jazz arrangement for five athletes, and the result isn’t the goal – it’s the groove.  The  oneness that occurs when five operate as one is what makes basketball unique.  UConn has reached a level of syncopation that very few teams has in the history of the game have.  Winning is a result of greatness, not the reward or the fun.  Now, an entire new generation has seen that, and homely will learn from it.

6 – Moment-by-moment execution is how winning happens.  Whether in business or sports, it’s what you do to prepare when no one is watching that makes the difference when the game or deal is on the line.  UConn has validated the relentless pursuit of moment-by-moment excellence without regard to the final result as a competitive philosophy.  When a team plays against the game rather than the opponent, greatness is attainable.  It’s been awhile since a team reminded us of that.

5 – Tougher to keep championship promises than surprise by exceeding low expectations.  The pressure of trying to win a championship is intense.  The pressure of continuing to work smart and hard when the result is thought to be a done deal can only be answered by dedicated discipline.  Watching a team that has clearly developed a serious love for work validates that behavior in all of us.

4 – Geno Auriemma can lead competitors.  High quality management is rare, especially among those who have been to the mountaintop.  The diligence needed to continue to attract championship level talent and daily focus on helping a staff reach their potential is so rarely displayed, it must be recognized and honored.  That’s true, again, in business as in sports.

3 – More people cared about the result of a women’s game than ever.  Despite the correct assumption that UConn would decimate the field and finish the tournament as champions, people were drawn to the event in greater numbers than ever.  Watching comparative greatness is always interesting, so this wire-to-wire trampling of America’s best college programs drew attention to a game often ignored by the masses.

2 – The Players know what touching magic is.  Huskies like Stewart have learned an incredibly important lesson through their continued pursuit of excellence – that a state of grace exists where only the moment matters.  There is no doubt that many members of this team will go on to successful WNBA careers, but after physical bodies betray them, their spirit will still be filled with the hunger to achieve.  That hunger will be fueled by a desire to touch more magic in business, medicine, and leadership.

1 – Great is great regardless of ratings.  The number of people who watched last night’s championship was dwarfed by the ratings for the men’s final the night before, but that doesn’t make the accomplishment any less awesome.  Not caring about a team chasing destiny is a flaw in the audience, not in the event or its participants.