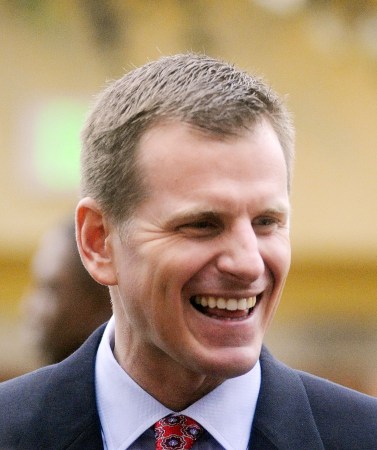 He’s a really good guy and coach who never put his self-interest ahead of the Indiana Pacers.

There is a chance that Bird hires the right guy to get the Pacers to play to their potential and evolve the offense toward the small ball he craves.  A chance also exists that fans, staff, and players wind up looking at the Vogel era as a crest in the wave for a mediocre team.

Vogel was not perfect, but in the aggregate he got done what he was supposed to get done.  There were rotation issues, time outs called when the Pacers might have pressed an advantage, and a more than occasional lack of feel for the flow of the game, but the results exposed a coach who could get a lot out of a flawed roster.

This list looks at the potential downside of firing Vogel – why it might be a mistake from which Bird has difficulty recovering.  Admittedly, it’s being done in a vacuum without knowing who the replacement is – or whether the Pacers might flourish under his leadership.

Here are the 10 reasons Bird may have made a serious error in firing Vogel:

10 – The pool of potential quality replacements seems shallow.  The names mentioned in the media as possible entries on Bird’s list are not inspiring – Brian Shaw, Ettore Messina, Nate McMillan, Jeff Hornacek, Mike D’Antoni, Mark Jackson, Tom Crean, and many others.  Maybe there is a good coach Bird has had his eye on that we haven’t thought of – a guy like Boston Celtics assistant Jay Larranaga.  Every great coach has gone from uninspiring name to well-regarded, so this doesn’t automatically DQ a candidate from succeeding, but it’s not likely he’s going to inspire much enthusiasm among fans who liked and respected Vogel.

9 – For the first time, Bird appeared weak at the press conference.  Right or wrong, when Bird walked into every media availability, he walked in like he was Larry Bird.  As he announced the imminent replacement of Vogel, Bird appeared weak and unsure he was doing the right thing.  The revelation that Vogel was informed over the phone belied either a personal indifference toward Vogel or a weakness in leadership.  One of the chief assets Bird has commanded as president of basketball ops is that he is LARRY FREAKING BIRD!  At the press conference, he was just a tall guy with sad eyes, which was not a good look for a legend.

8 – Vogel always provided Bird with cover.  I don’t believe this was a consideration at any point for Bird, but as long as Vogel remained as coach, people could be split as to whether Bird’s roster or Vogel’s leadership should be held responsible for failures.  Vogel was owner Herb Simon’s guy who succeeded at a level that made replacing him inconceivable through five-plus seasons.  As Bird hires HIS guy, all fingers will point to Bird should the Pacers take a step back next season.

6 – The community was well-served by Vogel.  I can’t begin to count the number of events where I saw Vogel quietly working or playing in the background to help an Indianapolis charity.  Never a peacock about it, Vogel always grinded for charity in the same way he coached.

4 – Roy Hibbert was a two-time all-star under Vogel.  I’m not sure Hibbert even enjoys the game of basketball, but for a brief period of time he was good enough at it to earn two invitations to NBA All Star Games as well as a huge contract that will keep him housed and fed for the rest of his life.  I’m not sure what Vogel did – if anything – to extract great basketball from Hibbert, but Hibbert became a serious contender for NBA Defensive Player of the Year honors under Vogel.  That’s a hell of a chip on the good side of the scale for Vogel.

3 – Winning 45 games was the expectation for this season.  The question was asked throughout last summer what fans should expect from this Pacers team.  Forty-five wins was the most common answer.  That is the exact number the Pacers produced.  Bird said in the press conference announcing Vogel’s removal that his expectations were higher.  I’m not sure why.  David West, Roy Hibbert, and Luis Scola were gone, and Lance Stephenson left the year prior.  That’s 3/5s of the starting lineup that led the Pacers to back-to-back Eastern Conference Finals, plus an adult in the room who always played hard.

2 – Only two players remain from the team of three years ago.  If both Ian Mahinmi and Solomon Hill leave the Pacers via free agency, only two players from the Pacers will return from the roster of three years ago.  That kind of churn makes sustained success tough, and as mentioned in #7, renders Bird’s assertion of players tuning out coaches after three years virtually moot.  As George Hill enters the final year of his deal, he might be traded, and Paul George appeared to be quite engaged by Vogel’s leadership.

1 – Went to two Eastern Conference Finals.  Vogel didn’t all of a sudden get dumb, and he was anything but a failure as a coach who led the Pacers to back-to-back ECFs against the juggernaut Miami Heat.  During the 2013-2014 season, the Pacers actually finished the regular season ahead of the LeBron fueled Heat to earn the #1 seed.