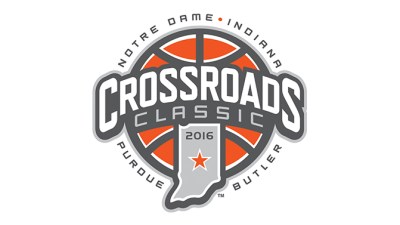 One day each basketball season I set aside all emotional investment in who wins.  That day is today.

The Crossroads Classic is a wonderful event that celebrates the love for basketball that’s absolutely unique to the State of Indiana.  Butler University, Indiana University, Notre Dame University, and Purdue University basketball programs and their fans came together today for a hoops party, and the action didn’t disappoint.

(I make no apologies to those from the other 49 states I may have offended who enjoy basketball in their own way.  I’ve lived in a few states, and only in Indiana does passion for basketball run this deep.  It isn’t close.)

Purdue fought back from a 17-point deficit to grind out an 86-82 win in the opener.  Caleb Swanigan was outstanding with 26 points and 10 boards.  Hard to believe the same Purdue defense that allowed the Irish to knock in 52 points in the first half held them to 29 in the second.

The nightcap was just as satisfying as Butler opened a 14-point lead at the half and held on to finish off the Hoosiers 83-78.

Kelan Martin had 26 for the Bulldogs, but the win came from tenacity on defense and efficiency on the offensive end.

For the second consecutive game, Butler turned the ball over against a ranked opponent only six times.  As long and aggressive as the Hoosiers are, that’s one hell of an accomplishment.

In March, when these four teams are playing in the NCAA Tournament, no one is going to remember who won these games, so let’s not obsess over the results tonight.

This was a great day of basketball – an appetizer for what may be a very special three months for the fans of four of Indiana’s 10 NCAA Division One programs.

Today, we celebrate two non conference games between in-state brothers.  Fans of the four teams should buy each other a beer, shake one another’s hands, and smile the night away regardless of their teams result today.

In March, they play for real, and lasting legacies will be cemented.