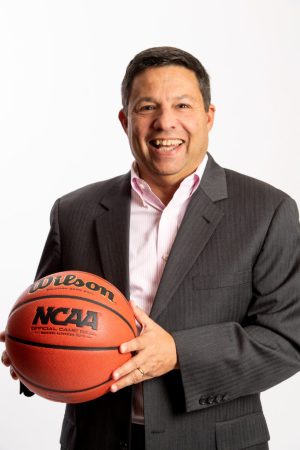 ESPN Bracketologist Joe Lunardi is a pro who does his job very well. Maybe Archie Miller will understand that one day.

Indiana lost to Wisconsin today at Simon Skjodt Assembly Hall, so the Hoosiers will be the 11-seed in next week’s Big 10 Tournament.  Without a win or two in Indianapolis next week, they may be relegated to a second straight bid in the NIT.

IU coach Archie Miller knows it, and he took a swing at the messenger today in his postgame comments, “When I was in the Atlantic 10, Joe Lunardi was my best friend,” Miller said at the conclusion of his postmortem.  “Now he’s crapping on Indiana to get people to watch his Sesame Street show. Now he can go back in the trash can where he came from.”

Bracketology is absolutely an odd way to earn a living, but Lunardi, CBS’s Jerry Palm, and Fox Sports’ Mike DeCourcy do it, and they make watching college basketball more fun through their work in trying to replicate the process utilized by the tournament selection committee.

Without bracketologists satisfying fan curiosity about their favorite team’s chances for an invite and what their seed might be, fewer people would watch the games and its coverage, media dollars would wither, and coaches like Miller would earn a professor’s salary to teach 15 students the game of basketball.

That’s an oversimplification of how guys like Lunardi, as well as analysts like Dick Vitale and Dan Dakich, impact college basketball’s popularity, but the media is a necessary tool in the growth of the game.  Miller would have been better off extolling Lunardi’s work rather than demeaning it because it’s part of the reason Miller is compensated to the tune of $3.5-million per year.

Miller’s petulance was especially awkward because his own work against Wisconsin was lacking in a critical area.  With the Hoosiers down five with 1:15 left, Indiana still had only four team fouls.  That left them three shy of the number needed to put the Badgers at the line for a one-and-one.  Indiana remained at four fouls until :11 remained.  They wasted the next four seconds fouling Wisconsin.

Poor foul management didn’t cost Indiana the game, but it sure didn’t help.  A lack of ability to make shots near the basket was critical, but Miller’s inability to put Indiana in a position for success during the final minute is the reason Lunardi, Palm, and DeCourcy have the Hoosiers on the bubble.  If Miller took care of his own business, he wouldn’t need to waste time worrying about the hypothetical projections he put on blast.

I’m sure it’s frustrating for Miller to be so very close to getting to the NCAA Tournament with a team that has the talent to earn a bid, but calling out a guy like Lunardi as a click whore who craps on Indiana “to get people to watch his Sesame Street show” was childish and idiotic.

Miller’s Hoosiers may punch their ticket as a tangible exhibit of the growth that has made them a dangerous but inconsistent opponent.

It appears Miller has some growing to do too – in his public comments about a sports media professional whose only sin has been doing his job very well for a long time.

And if Miller can’t be adult enough to treat Lunardi with the respect he’s earned, maybe he can learn how to manage fouls so Indiana doesn’t have to burn important seconds while trying to find a way to win a close game.