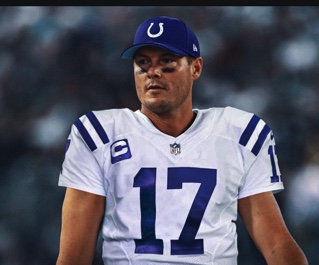 Philip Rivers will be an expensive quarterback for the Colts next year. How can he be worth it?

I never climbed on board the Philip Rivers to Indianapolis train.  It just didn’t make sense given that way general manager Chris Ballard does business.

Ballard is about developing and executing a plan that builds a championship level culture.  Nowhere on the list of Rivers’ accomplishments is the word “championship.”  He’s 38-years-old, and started all 160 games for the Chargers in the last decade.  The record for those 10 Chargers teams is 77-83.

Not only did Rivers not lead a championship culture while in San Diego and Los Angeles, he was responsible for losing more than he won from 2010-2019.  A quarterback is not solely responsible for a team’s performance, but over a decade you learn who a player is and what he can be expected to contribute.

It’s not like Rivers is some rag arm oaf incapable of winning – the Chargers won 12 games in 2018, but viewing him as a Super Bowl level quarterback is ignoring the reality of his previous 16 seasons.

Colts owner Jim Irsay always says the Colts are in business to win championships.  Okay, then why sign Rivers, an old man who has never been to the Super Bowl?

Good question.  Let’s look at other moves that may help this signing appear a little more sensible:

Speaking of finances, as of this moment the Colts have an enormous amount of cash invested in the QB position.  According to Spotrac, in addition to Rivers $25M against the cap, they have Brissett’s $21.375M, Brian Hoyer’s $5M, Chad Kelly ‘s $750K, and Andrew Luck’s $6.4M.  That comes to, drum roll please, $58,525,000.  And none of them rank in the top 15 among QBs.  The Colts have seemingly amassed a heaping helping of averaged, and sadly the NFL doesn’t reward five average QBs in the same measure it compensates one that is elite.

Logic dictates more changes will come and that total will be reduced, but as it stands today, the Colts are scheduled to spend nearly 30% of their available cap space on four quarterbacks who have totaled one playoff win as starters over the last six seasons, and another that has retired. The regular season record for those still active QBs as starters from 2014 forward is 69-93.  Individually, none have winning records during that time.

That’s a lot of cash for entrenched mediocrity.

The questions that need to be answered to thoroughly evaluate this signing are what kind of return can Brissett generate in a trade, and who will the Colts draft.  Set the $25-million aside for a minute, if that’s possible.  if Rivers can play well enough to get the Colts to the playoffs, and help tutor or set an example for a replacement to lead the offense in 2021, our negativity can pivot.

On its face, this looks like a dopey move by a team that wants to win March rather than January, but Ballard has not yet shown himself to be a dope.  Compared to rival NFL GMs, Ballard is uniquely averse to exciting fans at the onset of free agency.  In three free agency periods and draft, he’s been the sane guy that fans criticized for slow-playing roster development.

Signing Rivers flies in the face of that reputation, but Ballard has earned enough equity as a smart executive to assume there is more to the calculus of this deal (I hope).

Let’s hope Rivers pays dividends, and that the other moves that come with Colts QBs help this deal make a little more sense than it does today.