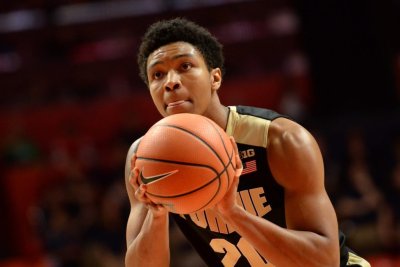 Be careful what you wish for, you just might get it.  That’s the word to the wise who consider transferring from their current college basketball program to a new address.

There are very few players recruited at the power five conference level who don’t believe they are just a few years away from earning tens of millions of dollars as NBA stars.  As that reality drifts further and further from reality, players and their families decide the problem isn’t personal – it’s  geographical.

And so they pack a bag, open their recruiting, and hear from coaches who promise the opportunity that may open the magic door to generational wealth.  All have stories of dominating guys who are already in the NBA, and they believe the right situation to show who they are is all that is needed.

In the bargain, they lose the opportunity to build relationships, overcome adversity, and show that education is also a priority.

Many adults regret hustling through life as though it’s about a destination and not the journey, Athletes who move to a place that promises a chance for prosperity that had all but evaporated at his original school will add their names to that huge group.

Over the last three NBA Drafts, 153 college players have been selected.  Of those 153, 49 were one-and-done.  That leaves 104 draftees who played long enough to transfer – or roughly 35 per year – from the pool of 4,602 scholarships that are available every year in Division One college basketball.  An average of 696 players have transferred during the last three years.

That math suggests student-athletes who play into their second year of college ball have a very limited chance to play in the NBA, and those who transfer are unlikely in the extreme to find their way into the NBA.

It’s up to each player and his family to use the four years of eligibility allowed by the NCAA.  If it becomes clear that a player is being shuffled to the end of the bench, leaving for a school where minutes are available can make sense.  Other than those limited instances, a little tenacity goes a long way.

Adversity is a great teacher.  Even if the result is not what was desired, digging deep into one’s soul to fight and fight despite insurmountable odds builds a behavioral skill set that will pay dividends for a lifetime.  Understanding that life is filled with challenges that require resolve is critical to surviving, thriving, and then leading another generation into a lifetime of confident determination.

There is also the greatest benefit to attending college that may be forfeited through transferring – relationships.  Making lifelong friends, maybe meeting a spouse, and staying long enough to build a root system on a single campus are rewards not to be ignored even for people who think about college in purely pragmatic terms.

It’s not that transferring is inherently a bad idea or always short-sighted.  It’s can put a kid in a better position to enjoy the fruits of his labors – especially as a grad-transfer.  But serving as an escape hatch in response to adversity, transferring short-circuits the greatest lessons and benefits of being a college athlete.

Indiana coach Bob Knight used to say that college is like hitting a curveball.  Students who excelled in high school need to adjust to the increased work load and lack of oversight.  It takes discipline to succeed as a college student, and it takes guts to look in the mirror and decide that what is staring back needs to change.  For those who embrace the opportunity to stand in the batters box and gauge the break of the pitch, college can be life-changing for the good.  Others who decide they prefer the easy path of waiting for fastballs, cheat themselves of a huge opportunity for growth.

Transferring isn’t bad for everyone, but it’s a tool that is used far too often by college basketball players who hope to play in the NBA.