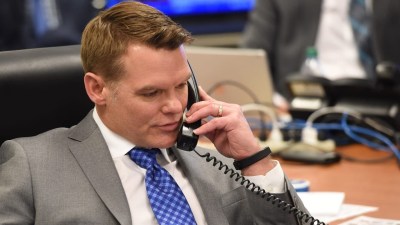 Colts GM Chris Ballard might be the best general manager in the NFL, but I’ll wait for him to prove it before I assume it.

If Colts general manager is such a genius, why are his Colts 32-32 in the four years since he took over?

That’s a legitimate question I landed on while asking myself why I hold Ballard in such high esteem.  Ballard is a good and honest GM who appears to be exceptionally centered and confident.  He accepts responsibility for errors and deflects credit to his staff.  The 2018 and 2020 drafts orchestrated by Ballard appear to be two of the best in franchise history.

But the Colts are still 32-32 over the last four years.

Ballard’s 2018 draft yielded two rookie All-Pro’s.  That was the first time one draft brought two rookie All-Pro’s to the same team since the Chicago Bears drafted Gales Sayers and Dick Butkus in 1965.  We’ll see if Quenton Nelson and Darius Leonard earn enshrinement in the Pro Football Hall of Fame like Sayers and Butkus did, but to this point they have been gems from a draft that produced few.  Three members of the 2018 draft class have an approximate value over 40.  Nelson and Leonard are two of them (Lamar Jackson is the other).

Contrary to the very positive feelings Colts fans have for Ballard is the perception of his much reviled predecessor Ryan Grigson.  Ask 20 Colts fans their thoughts about Grigson, and 16 will say he was a terrible GM.  The other four will punctuate “terrible” with a string of unprintable obscenities.  Oddly, Grigson never endured a losing season in five years as the Colts GM.  He took over a 2-14 team, and the Colts flipped the script, posting three straight 11-5 seasons.  After back to back 8-8 years, Grigson was out and the Colts finished 4-1`2 the following year.

Grigson had the benefit of drafting Luck #1 overall in the 2012 draft.  With Luck, all was possible.  The fatal sin for Grigson was trying to do too much too quickly after his initial success.  The Trent Richardson trade didn’t help, and neither did signing fading free agents after the Colts earned a spot in the 2014 AFC Championship game.

Still – 49-31 is a pretty decent record for a guy whom Colts fans detest.  With one season fewer at the helm than Grigson, Ballard’s Colts have already lost one more game.  To match Grigson’s tally for regular season wins after five seasons, the Colts would need to go undefeated in 2021.

Now I’m not arguing for a second that Ballard has not faced more adversity than Grigson as a GM, or that Ballard has not put together two utterly superior drafts (2018 and 2020) – which is at least one more than Grigson.  Stylistically, there is no comparison between the two.  Ballard is transparent, confident, and capable of charm.  Grigson was opaque, insecure, and occasionally churlish.

Again, I am in no was staking out a position that Grigson was a better general manager than Ballard is, but Colts fans might want to tap the brakes on the argument that Ballard is the best GM in the NFL.  Yes, I’ve listened to dozens make that argument, and when I counter with 32-32 and a playoff record of 1-2, I am admonished for my inability to understand that it takes many years to assemble a championship roster.

There is a GM each season that hoists a Lombardi Trophy, another who is disconsolate over losing a Super Bowl, and that two others who came close to punching their ticket.  In four seasons, Ballard has never been any of those guys.

I’m not even saying that Ballard isn’t the best GM in the NFL.  It’s just that I would like to hold the coronation after his labors bear significant fruit – which may happen as early as next February.

Many who question my football acumen and sanity for refusing to ordain Ballard as the pope of all GMs ask who other than Ballard I would rather have as the Colts GM.  I do not have a good answer.  Ballard’s combination of managerial skill, honesty, and ability to project talent is very special.  But I am willing to concede that part of my appraisal is due to my personal respect and affection for him.

The argument is not whether we believe Ballard is the best GM in the NFL.  It’s whether he should be crowned the best because we assume it rather than wait for him to prove it.