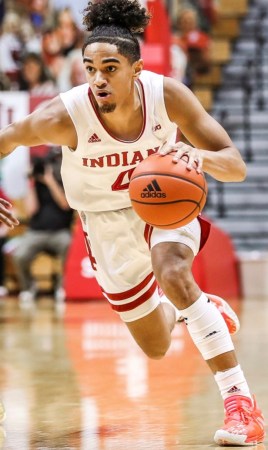 The NCAA Transfer Portal for basketball players should be a remedy of last resort, but it has instead become a spring break destination more popular than South Padre Island.

College is a great place for young adults to be introduced to manageable adversity, so that when real misfortune comes during adulthood they don’t wig out and run for the hills.  Basketball is a wonderful challenge enhancer, especially at the high major level.

Coaches are paid millions of dollars to produce an on-court product that brands the university as a great place to study.  If that doesn’t immediately make sense, it shouldn’t.  What entices a high school student to apply to a university is often everything but the quality of the academic opportunities, so when a team wins, applications explode.  Go figure!

College basketball players are looking for a path to the NBA, where even mediocrity is rewarded with millions of dollars.  When it appears a coach will not provide them ample opportunity to shine for NBA scouts, they get agitated.  Worse, their parents become harried.  Their names are added to the portal in the hopes someone believes they are good enough to get the NBA hookup.

Players entering their names in the portal are allowed to transfer without losing eligibility or sitting out for a year, and most programs allow them to return should no better offers materialize.  It’s a pain-free option for players who feel they have been treated discourteously at their initial program – where they were courted and chose to play after excelling in high school.

The legitimate purpose of the portal is to allow players unhappy with their experience because of an abusive coach.  They may seek refuge elsewhere without relying upon that same coach or his athletic director for an eligibility waiver to leave and continue their careers.  There was also the obvious hypocrisy of a coach bouncing to another university without penalty for financial gain while the players were protected from that freedom by what the initial head of the NCAA called “a plantation mentality.”

The results have been predictable.  Athletes crowd the portal to see if a better offer awaits them.  Maybe a school promises increased playing time or an enhanced opportunity to win.  Instead of listening to a coach, facing adversity, and triumphing – the athlete sails to a less challenging port where short-term dreams come true at the expense of long-term lessons.

With 13 scholarship players rostered each season and five players allowed on the court at the same time, that leaves eight who are going to be frustrated at any given moment.  Multiply that frustration by the number of parents yammering in their child’s ear about how they are getting screwed over by an idiot coach, and you get an idea as to why the portal explodes with names every spring.

Sadly, athletes and their parents don’t understand that the NBA is a long shot for even the best college basketball players.  The number of starters at Power Five universities at any given time is roughly equal to the entire NBA player population.  You don’t need college level calculus to do that math.

Entering a name into the portal without fear of penalty in search of a coach that promises unconditional love is what this flawed system devolved into.

Indiana has four players who are trolling for a new program.  Rob Phinisee, Michael Durr, Parker Stewart, and Khristian Lander are eager to move to a brighter hoops climate than Mike Woodson provides in Bloomington.  Durr and Stewart have transferred before (Stewart twice), and Lander left high school a year early in his impatience to move through the system as quickly as possible.  Not surprisingly, none benefitted from their jump.  Phinisee has given IU four years, and if not for the idiotic Covid exemption which provides athletes a bonus year of eligibility because of pandemic related inconvenience, he wound be on his way to what comes after basketball.

The portal needs to exist for those without recourse from what they infer to be a dangerous or abusive situation, but its potential misuse could corrupt the very foundation of college basketball’s mission.  It should be an escape hatch of last resort, not first inconvenience.

Mike Woodson would be well served to employ the traditional method of recruiting his kind of tough players out of high school, develop them, establish a culture of winning, and let the other programs use the player exchange to create and plug holes in equal measure.

Those inclined to take the easy route to leave a program or find a new one will likely to a few easy routes while there.