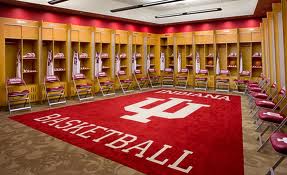 A lot of moving in and out to be done in this room. Both those leaving and those arriving will play huge roles in the success of the 2014 Hoosiers

Yesterday, I did my best to find reasons for hope that Indiana would find a way to cut down the nets in Dallas a year from now.  Today, we look at the other end of the spectrum for the Hoosiers 2013-2014 prospects.

A lot of things would have to go exactly right for Indiana to be as highly regarded next season as they were throughout the 2012-2013 campaign.  They were the default #1 team this season.  No one expects that to happen next year, but the stakes are higher in Bloomington now that order has been firmly established and Indiana is back in the national college basketball conversation.

Here are the ten reasons that Indiana will have a challenging year that will make Hoosier Nation nervous on Selection Sunday:

10 – Assistant coach Tim Buckley is taking a look at other jobs, which can be extrapolated to mean that he believes his stock will not grow as a member of Indiana’s staff.  Buckley is an outstanding tactician, and his loss will mean a reduction in the brain trust to which Tom Crean has access.

9 – Recruits are flaky, and foreseeing with certainty whether Noah Vonleh, Troy Williams, Stanford Robinson, Luke Fischer, Devin Davis, and Collin Hartman will be able to contribute to a winning team straight out of the gate is difficult.  They all have the physical gifts needed, but knowing whether a hitter can drive a curve ball is tough until one is thrown to him.  Based on previous evidence, these guys can be projected to get better and embrace the Indiana culture, but whether that translates to 20+ wins – who knows.

8 – Hanner Perea and Peter Jurkin are total unknown quantities.  Are they capable of fulfilling their promise as significant parts of an outstanding recruiting class?  Sure.  Is it possible neither will ever play a meaningful role on a successful team?  Sure.  The body of work is too skinny to judge.  Perea seemed to lack a level of court awareness on the defensive end to be able to help stop teams from scoring.  He scored only 17 points, grabbed 29 boards, and had eight turnovers in 114 minutes.  Jurkin scored no points in seven minutes.  Both are impossible to project with any degree of confidence in either direction.

7 – The Big Ten is not likely to be the gauntlet it was in 2013.  Ohio State, Michigan State, and Michigan will be excellent again, but the rest might struggle a bit.  Northwestern and Minnesota will rebuild with new leadership.  Illinois and Wisconsin lose some of their best players.  Nebraska is a long way away from being a Big Ten challenger.  Iowa could lose junior Roy Marble Jr. to the NBA.  Purdue is going to be better as Ronnie Johnson and A.J. Hammons become sophomores, but shouldn’t leapfrog Indiana.  Penn State is, well, Penn State.  Indiana slots nicely in that fourth, fifth, or sixth slot, and that will put them in the field.

6 – Jeremy Hollowell is facing a huge year.  The sophomore year is the one when a non-exceptional kid and his coaches figure out whether he can play at the level required for him to be a success, and Hollowell is walking into an offseason where a switch needs to go on.  He has the measurables, but faded in and out of effectiveness during 9.7 minutes per game his freshman year.  Hollowell appeared more engaged toward the end of the season, so there is reason for optimism, but it’s impossible to predict which direction he might track.

5 – Three very solid leaders are graduating.  Jordan Hulls, Christian Watford, and Derek Elston set the culture arriving at Indiana following a 6-25 season.  They struggled to win 22 games in their first two years, believed in what Tom Crean was selling, and won 53 in their final two years.  Their work ethic served as an excellent example for the youngsters.  Will Sheehey and Yogi Ferrell will have to step in a lead.

3 – They went to the Sweet 16 with two lottery picks and two other 1,000 point scorers.  How could anyone in his right mind project the Hoosiers to exceed or reach the same level?  Those four scored 1,876 of the Hoosiers 2,831 points.  Throw in Derek Elston’s 21 points, and IU loses 67% of their scoring.  Not having any notion whether the incoming freshmen can pick up a significant portion of that offense, and projecting players like Remy Abell, Hollowell, and Perea to breech that gap makes any prediction total guesswork.  Sheehey and Ferrell scored 17.1 ppg between them.  They are the known quantities, and even if they both score 17 per contest next year, they still need to find another 35.7 points on offense.

1 – Two first team All-Americans leaving for the NBA Draft will certainly not make the Hoosiers better – at least not initially.  Recruits seeing the IU is capable of turning top high school players into lottery picks will be a big deal in the long run, but for the 2013-2014 season, Indiana needs players who can put the ball in the bucket, and keep opponents from doing the same.

The top ten is really a top three – there are historically meaning players walking out the door, there are unknown quantities walking in, and there is no way to gauge the improvement by the players who remain.  Crean is a constant, so while he will be a obviously key figure in 2014, Crean’s contribution is not a variable.

There can be a good argument made that this top ten list should be a more positive look at the Hoosiers because making the tournament is wishful thinking.  I’ve chosen to assume in perpetuity that the most conservative expectation should always be that Indiana will make the field in the NCAA Tournament.  There was a time when less was acceptable to Indiana fans because of the chaos following Kelvin Sampson’s arrogant destruction of the program, but those days are over.

Fans like to say, “This is Indiana.”  Well, Indiana earns bids to the NCAA Tournament.