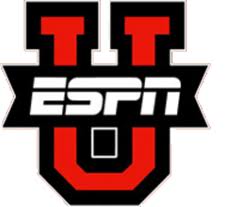 Nine games in five days is a lot of basketball for anybody, much less high school age kids, and thatwear and tear showed in the championship game of the Adidas Invitational at North Central High school today.  ESPNU viewers deserve better.

Spiece Indy Ice got off to a quick 17-2 start this afternoon and never looked back against Team Loaded from Virginia in a 91-46 victory.  It was easily the worst game I saw during the tournament – both stylistically and competitively.  That takes nothing away from the Ice, who get a trophy while everyone else is off to their next stop without hardware.

Better to win than not, and there was no doubt about the outcome from the tip, but I’m sure it wasn’t the best the Ice players looked in Indianapolis since the event began Wednesday night.

The only negative for the Ice and their fans is that they had to wade through a meaningless second half after building a 44-22 lead before collecting their hardware.

The game will air tonight on ESPNU at 9p – one of the least spirited games of the tournament to people who might have been hoping to see top ranked preps like Stephen Zimmerman and Kevon Looney, but as an event like this progresses, the predictability of any player or team’s performance become more difficult.

For people hoping to find out a little something about where Zimmerman will play in college, they spoke to him for a few minutes 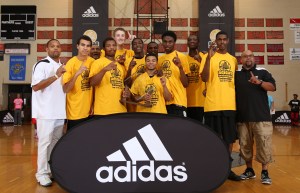 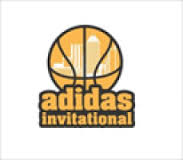 during the game.  I understand why fans want a glimpse into the future of their programs, but I can’t bring myself to the level of interest needed to ask kids to talk about it.

They’re teenagers trying to figure out where they will go to school, and the process of making that decision is none of my business.

If ESPN wants to bring a summer game into the homes of people who people who want to see players that will be on collegiate rosters in 16 months, and perhaps in the NBA in just over two years, they should do it during pool play – the only time that the schedule is known more than a few hours in advance.

Summer basketball events aren’t built for fan consumption, so the choice to televise them is curious.  There is a tremendous thirst for recruiting information, but with very few exceptions, the basketball at the end of one of these marathons degrades to almost unwatchable.

In a 2006 tournament in Bloomington, Derrick Rose’s Meanstreets team played the Spiece Central Stars for the championship.  It was the seventh game in three days for both teams, and the Stars were eager to play the highly ranked Rose.  They led 49-19 at the half, and scored the first 12 points of the second before Rose’s brother/coach said “No mas,” and had his guys hold the ball at midcourt for the final 12 minutes.

In the previous game – a matchup against Eric Gordon, Rose was virtually unstoppable.  Had ESPN telecast the finals, then ESPN President George Bodenheimer would have had a heart attack, and the only people watching would have been family and friends of the Stars.

No player can be at his best after playing such a relentless schedule, and players at less than their best is not must-see-TV.