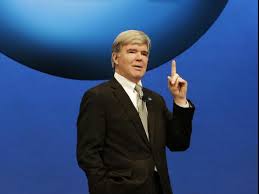 Can Mark Emmert lead a group to evolve the current mouse trap enough to keep others from inventing a new one?

Athletic governance among big revenue universities is going to change, but it’s going to take time and the result might not position the NCAA to be any more effective that it is currently.

At this point, fans are starting to pity the NCAA, and they should.  The NCAA is not a professional sports league, and president Mark Emmert is not a commissioner.  Emmert might wish that he was commissioner because fixing things would be much quicker and easier.

The way this beast is built requires that university presidents operate as the de facto leaders, and those pedantic academics are as interested in real reform as car salesmen are in becoming cardiologists.  Real change is difficult, and costly – not in dollars, but in culpability.  University presidents enjoy being university presidents, and they can be removed for two reasons – incredible incompetence and responsibility for the fallout from changes they make.  Being bold and decisive can expose their careers to an untimely demise under one or both of those conditions.

University presidents are also very confident in their intellectual abilities.  They believe seeing complex issues clearly and the plotting a course down the road to success is a talent that God bestowed upon them in the womb, and those university presidents have served as the architects for the system that is currently governing college athletics – the same one they are tasked with correcting.

So when Emmert says – ”I’ve said publicly on a number of occasions the only thing everybody agrees on with Division I governance is that it doesn’t work.  I think the board anticipates a lot of change.  They’re going into their October and January meetings expecting to look at a whole different governance model for Division I.” – he’s really saying that everyone with a seat at the table in those meetings will agree only on the problem, not the solution.

For aggressive solutions to be enacted, each of the presidents who believe him or herself to be the smartest in the room, will have to come to an agreement as to how the NCAA should be structured moving forward.  Good luck with that, Mark.

The changes that will be made can only be those that are agreed upon by a majority, and that system is designed to maintain the current, not nimbly evolve.

I am ready to accept the challenge of boldly leading a new NCAA, and these are the 10 changes I would make on my first day as the czar of the association:

I expect none of these initiatives to be adopted as they would completely destroy the status quo, which is not likely to be an agenda item for the meetings scheduled for October and January when reforms will be discussed.

Some would cause problems of their own, but none bigger or less fair than what exists today.