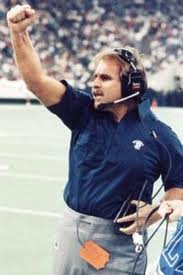 The Seahawks are 4-0 instead of 3-1 because of a strange come from behind win last week against the Houston Texans.  The Texans were one good decision by Matt Schaub away from a win in Houston last Sunday after asserting some dominance over the Seahawks.

The Texans showed a nice blueprint for reigning in the Seahawks offense, and an inexplicably poor choice to throw into Seahawks cornerback Richard Sherman’s area led to the pick six that sent the game to overtime.

Despite their spotless record, the Seahawks are not perfect.  They are areas of great strength like their defensive backfield, the interior defensive line, and bovine strong running back Marshawn Lynch.  The weaknesses include quarterback Russell Wilson when contained and the offensive tackles, who are susceptible to speed rushers.  Guess what Colts DE Robert Mathis likes to do?

It’s going to be an early day for the Seahawks, but does that matter to a professional football player paid to be ready regardless of the game time.  In Seattle, the game will start at 10a, and the team will likely have to be up at 5a.  That’s early for men living the NFL lifestyle.  It shouldn’t matter, but it does.

Coach Rick Venturi has spent a life dissecting offenses, and building innovative defensive schemes to combat them.  Today, he shared the results of his week of plotting against the Seahawks.