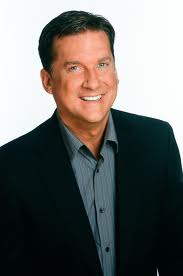 At New Albany High School in extreme southern Indiana, they were very proud to be the home of America’s first high school radio station, and I couldn’t wait until my junior year so I could be a part of it.

Sophomores weren’t eligible for radio, so I waited my turn.  Opening a mic for the first time was exhilarating, and it led to a million mistakes, a few successes, and endless fun.  Doing play-by-play for New Albany basketball and football was magical, and I enjoyed the freedom to stretch the boundaries of what a DJ could do before the station powered down at 9p.

Bored with playing music, I rigged a two-way radio so I could walk outside to broadcast a track meet.  I felt like I was Jim McKay or Bob Costas at the Olympics.  Winners were interviewed, and I tried to convey the excitement of the competition.  I don’t remember if I got in trouble for doing that.  I was in trouble a lot in radio class – something about too much energy, and too little restraint.

If ADD or ADHD had been identified as a problem, I would have been on the cover of the textbook used to instruct psychologists about it.  Radio is one business where a short attention span is a plus, so it’s no wonder I enjoyed it.

Through my 20s, I held a variety of disconnected entry level jobs in Chicago that required an ability to concentrate that I sadly did not possess.  I won’t bore you with the list of menial positions I held prior to an internship with WGN Radio.  I was deployed in the sports department, and I loved every minute.  Watching Bob Collins, Roy Leonard, Wally Phillips,  Spike O’Dell, Dr. Milt Rosenberg and Ed Schwartz inform and entertain Chicago was the best experience a neophyte could have.

When my internship ended, I got a job with WMAQ – All-News 67, where I worked with geniuses like Tom LaPorte, Bonnie Buck, Steve Yount, Mike Kessler, and many others who churned content at an insanely high level.  Mike Greenberg of Mike & Mike was a co-worker, and through my 18 months there, we covered the San Francisco Earthquake (happened five minutes into my first night), Ceausescu’s fall, the release of Nelson Mandela, the destruction of the Berlin Wall, and the Gulf War.  It was beautiful madness.

I left to make more money at a job I fought to tolerate while taking improv classes at Players Workshop, Second City, and Improv Olympic.  I got to know a bunch of brilliant people like Mick Napier, Chris Farley, Mike Markowitz, and Jon Favreau.  They were gifted performers and directors who taught me more about performance than I ever thought existed.

As I learned about improvisation, I kept thinking how similar improv and talk radio were.  Both employed extemporaneous communication, and were better when talking accompanied doing.  Napier often told us to “Do something!”

Because our son was about to enter a school in the Chicago neighborhood in which we were able to afford a 600 square foot apartment, we decided rather spontaneously to move to Indianapolis.  There was an opening at WIBC Radio that suited my mercurial talents.  I would book guests for ten hours of radio shows everyday while only working six hours.  Seemed reasonable at the time.

In the first year I was there, I got raises and a promotion to executive producer.  If I was lacking in focusing on one thing for more than 20-seconds, one thing I could do was get people on the phone.  Lots of them.

So all of a sudden, I was the executive producer of a station in crazy-ownership-generated turmoil with historic call letters.  As evidence of the turmoil, I offer our news director, the venerable 69-year-old Fred Heckman, threatening to fight the comparatively youthful and hulking GM right next to my cubicle.

It was madness until we were rescued by Emmis Communications.  They bought us, and all of a sudden more changes came.  The program director was out, as were many hosts.  I sort of became the interim PD when the corporate head of programming trusted me to make some changes.  He asked, “What do you think of our weekend programming?”

I said, “It sucks.”  He told me to change it, and I did.  I cancelled nine syndicated shows during the next 48 hours.  I launched a couple of local shows, and grabbed the best network offerings available.  It was heady as hell.  I’m swapping shows out like some coke-fueled bond trader, and the station was immediately better.

This program director stuff was great.  I loved it.

Then, WIBC’s chaos became orderly under new GM Tom Severino, and Kent’s Wild Ride stalled.  In 2007, we decided to do something radical to try to stop WIBC’s ratings and revenue bleeding.  Moving the content from 1070 AM to 93.1 FM was a no-brainer, but that left the question of what to do with 1070 AM.  The only two format choices were right wing talk and sportstalk.

I spoke with the great Paulie Balst the day I got canned, and he said that I needed to get a website online that day to start cranking out my own content.  A phone call to the great (yes, he’s great too) Rob Nichols, and within 12 hours, I was writing about whatever popped into my head.

Within a year, that website put me in a position to be seen as a legitimate content provider, and that turned into a weekend radio show with Fox 59’s Chris Hagan on the very station I helped launch three years before and was subsequently fired from.  The oddest thing was that I didn’t find any of this odd at all.  I just kept working, and reasonably good things just kept happening.

One day, the phone rang.  A sportstalk station in Atlanta needed a program director, and I listened as they spoke.  I got excited about managing again, but the station’s management was a total mess.  It made the pre-Emmis WIBC days of a senior citizen threatening to kick a GM’s ass seem sane.  I spoke with three different superiors about the job, and when each asked if I had any questions, I asked, “To whom to I report?”

All three answered, “You will report to me.”

I don’t know much, but a three-headed management monster is a recipe for misery.  I bailed, and then oddly I got a call two months later telling me the company decided to go in another direction.  I pulled the phone from my ear and stared at it like I was starring in my own sitcom.

The very next day, I received four calls and emails from friends saying that a St. Louis sportstalk PD had decided to accept a gig in San Francisco.  They all thought I would be perfect for the job.  I thought so too, and four weeks later I was earning enough money to pay a lot of bills for the opportunity to work with yet another great staff.

Our plan was for my wife to stay in Indianapolis until we paid off virtually all debt and sold our house.  By the time the debt was all but gone, the clear path was no longer Julie moving to St. Louis, but for me to come home.

I learned Indianapolis was home in the oddest way.  Back in town for the NFL Combine and a Saint Louis University basketball game, I kept running into acquaintances who were happy to see me.  I made some good friends in St. Louis, but these people were comparatively thrilled I was in Indy.  That just didn’t happen very much in a town where “New Albany High School” is nowhere near the answer to “Where’d you go to high school?”

St. Louis status is directly linked to high school pedigree, and that whole act had become a little tiresome.  The people I worked with and got to know were wonderful, but the rest of the town was a tough nut to crack.  A significant part of the responsibility for that is mine.  Making good friends takes time for me, and I already had done a significant amount of time in Indy.

Fourteen months ago, I returned to Indianapolis to begin working in the same way I had before.  Writing, talking, and hosting the same old show with Hagan as though the 21 months in St. Louis was some kind of dream.

One habit I continued from my last period of independent work was enjoying lunch with a smart person every week.  I heard about J.R. Ammons, the programming head at Entercom Indianapolis, so I reached out to see if he would like to meet at Daddy Jack’s – right across the street from the old WIBC studios.  He agreed, and toward the end of the lunch, he asked if I might consider hosting a weekday show at WXNT – 1430 AM.  I told him that I would if the deal worked for everyone.

While I was gone, WXNT flipped formats from news/talk to sportstalk.  They had no local content, but a nice signal that covers the entire market.  It would be an ideal spot to host a radio show.

That was three months ago, and the show will start on June 23rd, and air every weekday from 3p-6p.

It took a lot of time from those high school days at WNAS when I knew exactly what I was supposed to do to the day when I will finally do it, but hopefully the strange journey will make me better than I ever could have been otherwise.  I have learned from hosts, managers, directors and actors, and look forward to doing exactly what I hoped for in the first place.