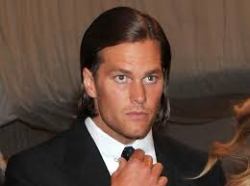 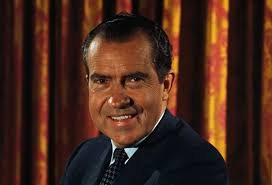 Richard Nixon cheated to win the 1972 election, and Tom Brady is fingered in the Wells Report as someone who cheated to gain an advantage on the gridiron. Both were unnecessary.

Nixon refused to turn over his audio tapes of meetings where crooked election tactics were planned and debriefed, but screwed up in being honorable enough to not burn them so the damning evidence of his complicity could never be established.  The scandal ultimately doomed his presidency.

Brady refused to turn over his smart phone so texts could be audited by Wells and his investigators.  Whether he still has the phone carrying the remnants of texts that may prove his knowledge of the systemic measures taken to deflate game balls to make sure they were illegally soft is unknown.

If he hasn’t tossed his phone into the Charles River, he should have the software wiped clean before he does it.  Then he should buy replacements for those with whom he shared texts directing or acknowledging the deflation of balls.  The originals go into the river right behind his.

The missing smoking gun – unnecessary to establish culpability by the NFL – is all that stands between Brady becoming the NFL’s equivalent of Nixon.

Brady’s suspension is set at four games, and his legacy is more Clintonian than Nixonian right now because of the naive assumption that altering the balls had nothing to do with the overwhelming success achieved by Brady and his team over the past eight seasons since teams began providing their own offensive game balls.

Patriots Owner Robert Kraft will write a $1,000,000 check to the league, and the team will lose a first round pick in 2016 and a fourth rounder in 2017 to square their account with Roger Goodell and the NFL.  That’s tip money to Kraft, and the draft pick loss will be overcome by the value picks the Patriots are so good at unearthing.

The shame of this whole sordid affair is that – like Nixon – it all seems so unnecessary.  Bill Belichick, while someone who has repeatedly bent, distorted, and broken rules to gain an advantage in the past, has built a win generating machine that required none of the advantages for which it has been found guilty.

Brady is one of the most effective quarterbacks in NFL history, and the Charmin-soft squeezability of the ball has had little to do with his excellence.

Patriots fans and New England media have lost their minds in much the same way republicans defended Nixon in the 1970s.  “It’s unfair!” (no, Josh Gordon being suspended for one year is unfair).  “The cheating didn’t change the result of the AFC Championship!” (true, but what about the week before?).  “There’s no concrete proof!” (true, but the circumstantial evidence is daunting).

The transitive property is being wielded and perverted with unreasonable regularity regarding the initial suspension of Ray Rice.  “Rice is suspended for two games for knocking his fiancee unconscious, but Brady is suspended for four games because he may have overseen a program that resulted in slightly deflated balls?  RIDICULOUS!” is a compilation of two tweets to me from hysterical Patriots fans.

That Rice has not played a down or drawn a game check since hitting the woman to whom he is now married seems lost in the backwash of the convenient illogic of their whines.

Brady was found responsible for Deflategate by the NFL, and four weeks will be over in the blink of an eye.  I only hope Brady and the Patriots show more class in accepting the consequence exacted by the NFL than they have shown in bitching and moaning about their persecution.

My guess is they will attack they NFL’s punishment with the same zeal as they pursue victories, and for the same reason – to gain an advantage on the field – regardless of what it takes.  The ends justify the means for the Patriots just as they did for Nixon, and winning is the only end that matters to that rogue franchise or that failed presidency.