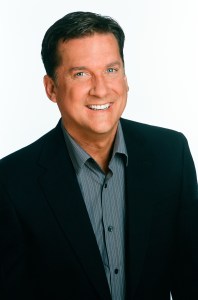 There is no cheesier picture of me than this.

Every Sunday, the questions of kentsterling.com readers are answered.  All questions are welcome via email at kentsterling11@yahoo.com or via Twitter @kentsterling.  Include your first name and hometown.  They are compiled through the week, and those that prompt the best answers are selected for publication.

Kent – Gunner Kiel has committed to four schools by my count without playing a down for any of them.  Now he’s settled on Cincinnati.  What’s going on with this kid? (Brandon from Columbus, IN)

Gunner Kiel has parlayed great ratings and outstanding measurables into a whole lot of nothing in college.  He originally committed to Indiana, flipped to LSU, enrolled at Notre Dame, and then transferred to Cincinnati where he will have three years of eligibility remaining beginning in the 2014 season, just after he turns 21.  Maybe the story takes a turn, and he has great success with the Bearcats, but right now this tale reeks of horrible advice given to a talented kid.

Kent – You don’t write a lot about the Pacers.  Do you give a damn about them – AT ALL?  (Kyle B. from Plainfield)

I’m going to the game today, but for this team to connect with fans, they need to build expectations and deliver on them.  That builds trust, and trust builds a connection.  That’s what happened from 1994-2000 with Reggie, Mark, Rik, the Davises, and the rest of that crew.  It’s a slow process.  They seem to have a plan in place.  Right now, I’m trying to figure out what makes them interesting.  The Pacers must win this series against the Hawks.

Who the hell knows?  GM Ryan Grigson doesn’t know.  If Alec Ogletree is there, I would take him.  They might trade down to recoup a second rounder.

Kent – Why do the Cubs suck? (Dexter from Fishers)

Two words – Luis Valbuena.  It’s more complicated than that, and Valbuena is a symptom, not the cause.  Asking why the Cubs suck is like asking why the sun rises.  It’s not the goat, the black cat, or any other nonsense superstition.  It’s bad management and ownership.  From John Holland to Theo Epstein/Jed Hoyer, the buffoonery has only ended for the short period Dallas Green ran the team.  Jim Hendry was a nice man overwhelmed, and Larry Himes was the moron who allowed Greg Maddux to go to Atlanta.  Who am I to insult Theo though?  The guy makes $5 million a year for his ongoing work to dismantle a roster.  If you took home $96,153.85 every week for overseeing a franchise almost certain to lose 100 games again this year, I would call you a genius.

Kent – Seriously, do you think Remy Abell just decided to leave (the IU Basketball team), or was he pushed?

College basketball players get weird after their sophomore year.  After two years, they get a pretty good idea of where they stand, and if they don’t see light at the end of the tunnel in the pursuit of their dream, they go where the dream might live.  The game for the god is to keep hope alive for as long as possible.  Abell sees friends bouncing to the NBA, and he sees himself as a peer.  That gave him hot feet.  That’s my guess.

Is Crean heartbroken?  No.  You don’t put out a release at 11p on a Friday because you want the kid to take some time to ponder his decision and possibly reverse course.

Kent – Glad to have you back in Indy, but why did you come back?  (David from Broad Ripple)

Somehow, Indianapolis became home.  I can’t explain it, but when I came back for a week with my family the week of the Combine and Saint Louis vs. Butler game, the people I saw here made me see this place differently.  My wife told me a week later that she had prayed for the past four months that I would find my way home.  The next day, I gave two weeks.  St. Louis and Hubbard Radio were great, but home is with my family.

I’m also excited about the challenges of creating content rather than managing it.  I learned a lot from people like Bernie Miklasz, Randy Karraker, John Kijowski, Amanda Koeppe, Chris Duncan, Hoss Neupert, Zach McCrite, Rick Venturi, Tony Softli, Brian Stull, Alvin Reid, and the rest of the staff at 101ESPN.  Putting it into practice here is relentlessly fun.

This just made sense on every level.

2 thoughts on “Answers to Questions About Gunner Kiel, Remy Abell, Cubs Baseball, the Colts Draft, and Whether I Give a Damn About the Indiana Pacers”