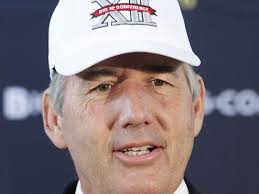 Big 12 commissioner Bob Bowlsby is under fire for Baylor/TCU being snubbed, but fans should point fingers elsewhere.

What was former Big 12 Commissioner Don Beebe supposed to do, let the Big 12 unravel after Texas decided to shift to the Big Ten or Pac-12?

Beebe played the only card available to him, which was to allow each member school to form its own network.  This wasn’t the best solution because only Texas had the rabid booster base to make a network lucrative, but it was the only option available to him to keep the fragile Big 12 together.  Of course, Texas stood to benefit the most from that freedom, and the Longhorn Network would create an inequity that rendered the Big 12 a less than positive environment for schools with options.

The Big Ten, SEC, and Pac-12 created networks of their own from which members equally shared new found wealth.  Conference networks allow the paupers to continue to compete with the princes, and equal rewards.  The Longhorn Network turned the Big 12 into the Big One and Little 11, but not for long.

Colorado bolted for the Pac-10 (soon to become Pac-12).  Nebraska left for the Big Ten.  Missouri and Texas A&M hopped to the SEC.  TCU and West Virginia filled vacancies in the Big 12.  As a result, the Big 12 fell to ten teams – below the NCAA mandated 12-team threshold for a conference championship football game.

That was a key element in the exclusion of both Baylor or TCU in the College Football Playoff pairings announced yesterday.

Forestalling the dissolution of the Big 12 is a righteous goal for those employed by the conference, particularly current commissioner Bob Bowlsby who is paid just less than $2-million for his services.  But until there is economic equanimity among its members, the Big 12 will be a port of last resort for schools like BYU, Cincinnati, and Boise State looking for a more stable and lucrative home.

Cobbling together the wretched refuse from other middling conferences is no way to compete with the Power Four conferences, and the evolutionary drift to four 16-team leagues will continue, if very slowly.

The relative imbalance caused by the existence of the Longhorn Network was pronounced in 2012, with Texas leading the nation in athletic revenue – $163 million.  Iowa State brought up the rear with just over $55 million.  Spending per athlete varied from Texas ($249K) to Kansas State ($97K).

That differs from the business model of the Big Ten.  While Big Ten athletic departments with robust football ticket sales like Ohio State and Michigan clearly cause profitability that Indiana and Purdue cannot duplicate, the Hoosiers revenue would place it in the top half of the Big 12’s public institutions.

Commissioner Bowlsby is being hounded by fans from all Big 12 schools who are furious over the snub by the College Football Playoff committee that left Baylor and TCU in the unenviable position of being ranked fifth and sixth among candidates for invitations to a four-team party.

The physics are clear, four conferences – each with one invite.  Want an eight team playoff?  The conference championships for the Big Four served very nicely this season.  A lack of upsets in those games cleaned up the potential chaos that would have ensued, and the uncertainty of the committee’s behavior earned college football a level of excitement and enthusiastic media coverage that would not have been available otherwise.

Click here to give Dr. Mike O’Neil of Today’s Dentistry in Fishers a risk-free shot at taking great care of your teeth.

None of the blame for what transpired yesterday should land in Bowlsby’s lap.  He inherited a leaky ship that stopped being seaworthy in 2010 when Texas decided to get greedy and Beebe was powerless to compel them to act otherwise.

Bowlsby will look at adding schools previously deemed unworthy of an invitation by the Big Four as well as the Big 12 in the past, or applying for a waiver so the Big 12 is allowed to hold a championship game with only 10 members.  Either way, the Big 12 will be diminished, but not nearly to the extent it would be through the continued branding as the fifth wheel on a vehicle that works best with four.

Dissolution is the logical outcome for the Big 12, so victory for Bowlsby is now defined by how long the conference survives in its current form, not if it survives.  Yesterday’s decision by the committee did nothing to cause the Big 12 damage – it simply reflected a harsh reality.