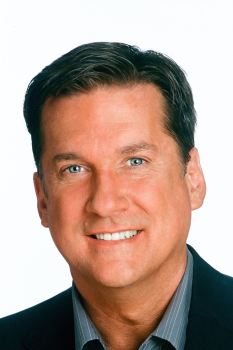 There aren’t many groups of sports journalists to which I would be proud to belong, but the sanity of the people who cover Indianapolis sports is incredibly unique from top to bottom.

In most cities, columnists and radio hosts routinely monitor each other to see what plot of intellectual territory goes unclaimed, and they plant their flag there.  If one guy says the local NFL team had a great draft, another will say it was atrocious.

Journalism isn’t a matter of honest and heartfelt discussion in those cities, but of market research and ensuring a unique position among peers.

In Indianapolis, things are different.  I’ve listened to or read virtually every voice in this city discuss the recent NFL Draft, and how Colts general manager executed his team’s plan last weekend.  They are all singing from the same hymnal – grading a draft within days is a ridiculous exercise that plays consumers for saps, but what the Colts did makes sense.

I was both proud and disappointed.  Proud because it’s great to hear purveyors of supposed wisdom speak and write honestly, and disappointed because after the draft of speedy wide receiver Phillip Dorsett, I was eventually thrilled with the pick.  it would have been nice to be the only guy in town who saw the logic.

National media have been unkind to Grigson and the Dorsett pick – calling it wasteful because Dorsett is a slightly faster version of current Colt T.Y. Hilton.  USA Today’s Nate Davis said this about the Colts draft when he ranked it 31st out of 32, “At pick 29, they obviously acquired an excellent football player in speedster WR Phillip Dorsett. But with fleet wideouts T.Y. Hilton and Donte Moncrief already on board (not to mention vet Andre Johnson), will GM Ryan Grigson regret waiting until the middle rounds to find run defenders while passing on some decent offensive line prospects in Rounds 1 and 2?”

If Dorsett is a clone of T.Y. Hilton, what the hell could possibly be wrong with that?  If the Colts didn’t have any of the offensive line prospects graded higher than what they currently have, why would they draft one of them?  One T.Y. is good – two could be special.

You want to protect quarterback Andrew Luck, put so many weapons on the field that opposing defenses can’t afford to blitz, and trust your five offensive lineman to block their four pass rushers.  When blitzed, Luck was one of the best in the NFL in 2014, completing 60.2% of his passes with 18 TDs and three picks.  His passer rating was 110.2.  With Dorsett on the field instead of the declining Reggie Wayne, those numbers will either improve or evaporate because teams will stop blitzing.

But I disgress.  This post is about Indianapolis sports media, not the beauty of selecting the best player available regardless of need.

When Dorsett’s name was read by NFL commissioner Roger Goodell, each local expert to whom I have spoken furrowed his brow and tried to make sense of the surprise pick, and each did.  I would have loved to see the Colts take defensive tackle Malcom Brown, but tried to figure the logic before responding emotionally.  Naively, I thought maybe I would be alone in my understanding of this quirky pick.

I should have known better.  Media people here are too smart to try to build a brand by levying cheap and uneducated shots.  Drafts are weird beasts that can’t accurately be assessed before people see the players in pads as they learn and adapt to the NFL game.

Maybe Brown winds up being a player Grigson regrets passing on in favor of Dorsett, but the logic and reason of the pick is undeniable, and Indianapolis sports media consumers are better for the media being resolute enough to think – and think hard – before they write or speak.