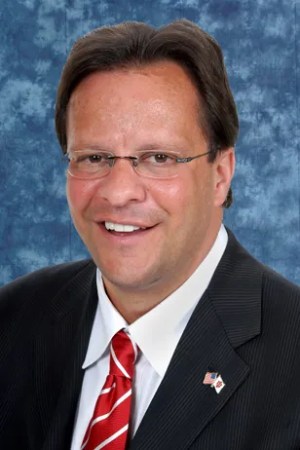 That grabbing a cup of coffee and muffin with Tom Crean is pleasant enough, but that doesn’t mean he’s a great basketball coach.

If you listen to media people, myself included, appraise the work of Indiana Basketball coach Tom Crean, it’s inevitable you will hear that he is liked by that person.  It’s relentless, this compulsion to declare our affection for Tom, and it makes me skin crawl.

I hear those words come out of my own mouth, and I cringe.  In my brain, I ask, “Who in the hell cares whether you like Tom Crean?  Why share that?  Stop saying it!”  Then, 15 minutes later, I say it again.

Who gives a sweet damn whether someone likes Crean or not.  I like a lot of people, but that doesn’t qualify them for jobs – certainly not a job that pays better than three million bucks each year.

Most of the people I like have been fired at one point or another, and they all met that adversity with a positive attitude and overcame the brief adversity career reversal provided.  I’m certain that when Tom’s day comes, as it does for almost all coaches, he will quickly find the resolve to enjoy another challenge.

If Tom Crean is fired this afternoon, he will walk away from Indiana University with a buyout check in the amount of $7,500,000.  I would wish that for all my friends – most of whom I know and like much more than Crean.  I would wish it for myself, and I love me!

Yesterday, as we discussed the relentless run of arrests, citations, and suspensions that have blighted Crean’s program over the last 18 1/2 months, Gregg Doyel dropped a couple of I like Toms.  On 1070 the Fan’s Dan Dakich Show – more I like Toms.  I said it myself – again.

What the hell is with the preoccupation of those paid to say perspective on sports with declaring our affection for a basketball coach whose job responsibilities do not include being liked by the media.

Crean is paid to win basketball games while teaching young men the lessons that will allow them to evolve into productive and compassionate adults, not curry friendships with the media.

If you listen or read, you have heard the following a dozen times over the last 48 hours:

Life would be a lot more fun for managers, department heads, and owners if the only criteria for maintaining employment was liking an employee.  Some businesses are run that way, but they don’t stay solvent for long.  From the media, it’s even worse because our job is to peel away the noise to tell our version of the truth.

Let’s take a moment and appraise Crean’s work without any use of the L word – no, not that L word.  I’m talking about “like”.  Not even sure how the other L word could be weaved into any discussion of Crean, but I digress.

Whether you like Crean or not, (did I mention earlier that I do like Tom? Good, glad that’s out of the way), those are the facts – the mostly black and white metrics by which coaches paid elite money should be measured.

Is that good enough to be the head basketball coach at Indiana, whether you like Tom Crean or not?