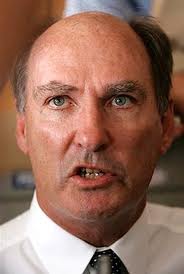 Big Ten Commissioner is a really smart guy, and he said some interesting things yesterday.

Why is it inherently bad to pay college athletes commensurate to their value?  Other than it never being done – at least not above the table – is there any justification for not allowing basic economics to operate unfettered for athletes whose work makes a lot of money for everyone associated with college football and men’s basketball other than themselves.

If college athletics is truly about education, it doesn’t make sense to pay coaches like Alabama’s Nick Saban and Kentucky’s John Calipari more than $5 million per year to “educate their student athletes.”  There are coordinators for big time college football programs who earn more than $1 million per year.  That’s a lot of cash for the equivalent of an associate professor.

Football and men’s basketball are the most effective marketing efforts for the universities fortunate enough to win.  The stadia are filled every fall Saturday, and the arenas are packed through the winter.  ESPN captures it all, and reinforces how much fun it is to attend an SEC, Big Ten, ACC, Big 12, and Pac 12 school.

Baylor estimated that Robert Griffin III was worth a quarter of a billion dollars to the university – not in jersey and ticket sales, but in the overall marketing of Baylor as a destination for prospective students.  The education Griffin received was worth approximately 1/1,000th of that.

In America, people are supposed to be paid based upon their value, and that is more or less true everywhere but in collegiate athletics.

The concept of amateur athletics is strange.  I read a piece this morning on ESPN.com where Big Ten Commissioner Jim Delany made some comments.  I like Delany.  He always has a unique take, and is unafraid to tell the truth as he sees it, so I regularly seek out his published wisdom.  Purdue Athletic Director Morgan Burke is quoted as saying, “Pay for play has no part in the amateur setting.”

There is ‘amateur’ again.  I wondered where this concept of amateur equals purity came from, so I started googling “origins of amateur athletics.”  Interesting stuff.  Restricting entry in events to amateurs began as a way to keep the rabble out, and limit participation to those in the upper class.  If there was no pay, working class stiffs were economically unable to take time off work to train or compete.

The people who are proponents of restricting collegiate athletes from being paid in any way – even going so far as preventing them from owning their likeness – extoll the virtues of playing for the love of the game, and the joy of belonging to a collective larger than themselves.  Sounds a little like a miserable mutation of what Karl Marx proposed in “Das Kapital.”

How many of those people would be willing to sacrifice their income, minus the bare minimum amount to live in order to work?  Maybe the employer could throw in the cost of continuing education for their employees’ trouble.  Yeah, thought so.

Delany, as always, said some interesting things to the media as quoted in the ESPN piece, “If an athlete wants to professionalize themselves, professionalize themselves. We’ve been training kids for professional sports. I argue it’s the color, I argue it’s the institution. If you think it’s about you, then talk to John Havlicek about that, you’ve got to talk to Michael Jordan about that. These brands have been built over 100 years.”

So, it’s the university and not the player that generates the value of the brand, according to Delany.  Then why do coaches at those same institutions get paid outrageous amounts of cash to serve those same institutions?  And the same argument could be made about the 122 professional franchises in American major league athletics.  The Chicago Cubs have been around since 1876.  Cubs fans were Cubs fans whether Frank Chance, Stan Hack, Ernie Banks, Greg Maddux, Ryne Sandberg, or Sammy Sosa played.

Yet Alfonso Soriano earned more than $100 million in six-and-a-half years as a Cubs left fielder.

Delany continued, “I think we ought to work awful hard with the NFL and the NBA to create an opportunity for those folks. We have it in baseball, we have it in golf, works pretty good, we have it in hockey. Why don’t we have it in football, basketball? Why is it our job to be minor leagues for professional sports?”

Great point, but syphoning off the economically disadvantaged among the very talented doesn’t answer the overriding issue of value yields compensation.  One way or another, if a player brings value, he is going to get paid.  Someone somewhere is going to hand cash to a kid whose image is responsible for making more money for others.

That’s Econ 101, and ignoring it is the cause of the bizarre environment that exists today in college football.  Former players are unapologetically saying things into microphones about being paid, and more are lining up to do it every day.

For decades, college football and men’s basketball saw varying levels of corruption, but the basic questions were reasonable.  No one made a ton of cash on the backs of the student-athletes, but with the proliferation of sports networks, the massive payments for the rights of play-by-play, and the incredible popularity of video games and jerseys the money is falling from the sky in Walter White style barrels.

The conference commissioners might want to revisit the money they make.  If the job of college athletics is to educate student-athletes, it’s peculiar that those running the leagues in which these universities play earn millions themselves.  Here’s a list of the three highest paid commishes and their salaries:

The trail to the truth is always the same.  Principles have very little to do with the rhetoric.  You must follow the money.  If anyone acknowledges and compensates to the value of the student-athletes, the pile for coaches, administrators, and commissioners shrinks.

Gordon Gekko said it in Wall Street, “Greed works.”  Greed does work, both as a way to make money, and to explain the outrage of those defying logic every time they speak into a microphone.