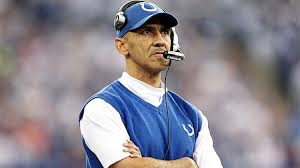 Everyone loves lists, especially me, and to tell you the truth are often the more overrated or underrated elements on their teams.  Despite not having a major league team until 1976 when the Indiana Pacers migrated from the ABA to the NBA, Indiana has had their fair share of great coaches.

Here is my absolute and definitive list of coaches who achieved greatness in Indiana – which takes into account personality, leadership, and level of success:

13 – Bill Mallory  Indiana Football might be the toughest coaching gig in major college sports, and after an 0-11 1984 season, Mallory got the Hoosiers rolling to six bowls in the next 12 years.  The final two years were a little bleak, but the nine year stretch where the Hoosiers were 64-49-3 (37-42-1 in the Big Ten) is easily the best since the Bo McMillan years from 1934-1947.  And he’s a very nice man.

12 – Joe Tiller  Winning at Purdue is not easy, but Tiller did it very well.  In 12 years running things for Boilermakers football, Tiller led them to 10 bowl appearances, and won a Big Ten championship in 2000.  Boilermaker fans were a little too anxious to turn the page on the Tiller Era in 2008 when he decided to resign.  Think Boilermaker fans wouldn’t love a trip to the Sun or Alamo Bowls today?

11 – Bob Knight  He would be higher on the list if not for his status as one of the great assholes in American sports.  A truly selfish and repellent man, Knight is a living scourge on humanity.  His excellence as a teacher and tactician is overwhelmed by the boorish and surly canker he became as he fell in love with his ability to amuse himself.  Instead of being an elder statesman at Indiana University where he could continue to impart wisdom, he has chosen to blame the institution for the reaction of then IU president Myles Brand to his rampant inappropriate behavior.  A bizarre set of contradictions within Knight’s personalities make it impossible to either completely love or absolutely loathe him.  His three national championships and 11 Big Ten titles are accomplishments too meaningful to allow Knight to be de-listed or he would be.

10 – Bob “Slick” Leonard  I never saw Slick coach, or at least I don’t remember it if I did, but he won three ABA championships, and is one of the nicest guys in Indianapolis.  He saved the franchise with a telethon to raise cash for the Pacers, and has continued to be a huge part of the Pacers brand and the lives of fans with his work as a radio analyst.

9 – Chuck Pagano – Tough to anoint Pagano as an all-time great yet given a slim body of work, but it seems that in three seasons his Colts will have won at least 11 games and hung banners as AFC South Championships.  He’s gritty, classy, friendly, and has earned the absolute respect of his team.  It helps to have a quarterback like Andrew Luck, but the clever defensive schemes and consistent effort from his players has set the table for predictable success.

8 – Larry Bird  Timing is everything, and no one knew that better as a coach that Larry Legend as he bowed out as the Indiana Pacers reached their zenith in franchise history by playing in the 2000 NBA Finals.  Not necessarily the most open and gregarious guy in the history of coaching, but he knew how to assemble a staff and delegate.  His regular season record was 147-67 in three seasons is the high water mark in franchise history, and his 32 playoff wins stood until Frank Vogel trumped it last season.  Bird gets bonus points for leaving a player behind on a road trip when he was late for the team flight.  That is the kind of consequence that leaves a mark.

7 – Gene Keady – The Purdue Boilermakers were one of the toughest groups year-in and year-out in the Big Ten through the majority of Keady’s time in West Lafayette.  He won six conference titles and 512 games as the architect of the greatest basketball era in Boilermaker history.  Keady has always been one of the classiest men in sports, and a pleasure to deal with.  He continues to embody everything good about college sports, and his battles with Bob Knight defined a great era in this state’s rich college basketball history.

6 – Larry Brown  Given his history of cross-crossing the country for basketball coaching gigs, it was inevitable that Brown wind up in Indiana for a few years.  The Pacers were a perennial loser (never moving beyond the first round of the playoffs until his arrival) when Brown rolled into Indy in 1993.  The Pacers qualified for the Eastern Conference Finals in Brown’s first two seasons before the magic ran dry.  He also co-hosted a very entertaining radio show where he spoke bluntly about his players, once saying about Jalen Rose, “He doesn’t have a clue, man.”  Of course, he was ultimately wrong about Rose, but was always great radio.

5 – Brad Stevens  Stevens was at Butler for a brief time – so brief that he was no initially on the list – but taking a team from the Horizon League to back-to-back national championship games, and an inch from actually winning one is one of the greatest accomplishments in the history of the NCAA Tournament.  Think Knight winning three is a big deal?  Turn him loose with players that virtually all of major college hoops passed on and see if he can roll through the tournament to that final Monday twice in a row.  Plus, he is one of the nicest men on the planet.  Hopefully, one day he returns to college basketball where I believe his heart is.

4 – Lou Holtz  An oversight led to Holtz not being included in the first iteration of this list.  Of course, he is among the very best.  After the grim Gerry Faust era, there was rebuilding to do, and Holtz got it done.  After a losing season in his first effort, the Fighting Irish got good fast.  In Holtz’s third season, Notre Dame won its last national championship.  Holtz resigned with a mark of 100-30-2 record.  He’s a tremendous motivational speaker and analyst an ESPN, where he does the impossible – charm as a Notre Dame homer.

3 – Frank Vogel  Incredibly, the very young Vogel will become the longest tenured NBA coach in Indiana Pacers history, the leader in wins, and may become the all-time leader in playoff wins by the end of the 2014-2015 season.  Ranking him behind any Pacers coach in their NBA era is unjust.  Back-to-back trips to the Eastern Conference Finals with a team bereft of a bonafide MVP candidate is a great accomplishment, and in particular leading a team in the process of self-immolation as last year’s Pacers were is a great accomplishment.  He has done this while being one of the least self-impressed people to ever coach at any level.  A likable winner, Vogel’s initial omission from this list was its most egregious error.

2 – Ara Parseghian  In 11 seasons running the most watched and scrutinized program in college football, Parseghian won two national championships, and posted a 95-17-4 record.  His Fighting Irish teams lost three games in a season only once, and never lost more than three games (only once – 1972).  He retired at the age of 51 in 1974.  Going out on top is a big deal, and living the rest of his life as a magical presence helps him as the living embodiment of a legend.

Click here to qualify as a new patient for the best dentist in Indiana – Notre Dame and IU grad Dr. Mike O’Neil

1 – Tony Dungy  Dungy won a Super Bowl while being a calm and cool guy who treated players, staff, media, and fans with respect.  He overcame the adversity brought by the suicide of his son.  The Colts earned a spot in the playoffs during all seven of Dungy’s seasons as coach, and never failed to win 10 or more games.  Dungy’s 85-27 regular season record as Colts coach isn’t due entirely to his leadership, but he sure didn’t screw it up.  A postseason record of 7-6 is not overwhelming, but a Vince Lombardi Trophy trumps the other failures.  Dungy didn’t miss a field goal or fail to outmaneuver Ben Roethlisberger on a fumble return, so just as all credit for regular season excellence doesn’t go to him, the blame for postseason missteps aren’t his either.  As was the case with Parseghian, Dungy went out on his own terms.

There are some people who were considered but not included.  John Wooden is from Indiana, but never achieved greatness as a coach here.  Digger Phelps was a mediocre coach at Notre Dame for a long time.  We don’t reward longevity here.  He’s also a miserable guy in my experience, and was a brutal analyst for ESPN for the same number of years as he coached.

Another needed disclaimer based upon a conversation with Jake Query is that comparing a guy like Knute Rockne with Tony Dungy is just impossible, so I left both Rockne and Frank Leahy off the list.  Also not included much to the dismay of the Indianapolis Star’s David Woods,  were Doc Counsilman and Jerry Yeagley – without question the two best college coaches in the history of their respective sports (swimming and soccer).  Counsilman invented the Butterfly for goodness sake.  The reason is I have no idea how they compared as leaders to their contemporaries.  I have no idea what kind of a leaders Rockne, Counsilman, Leahy, or Yearly were.